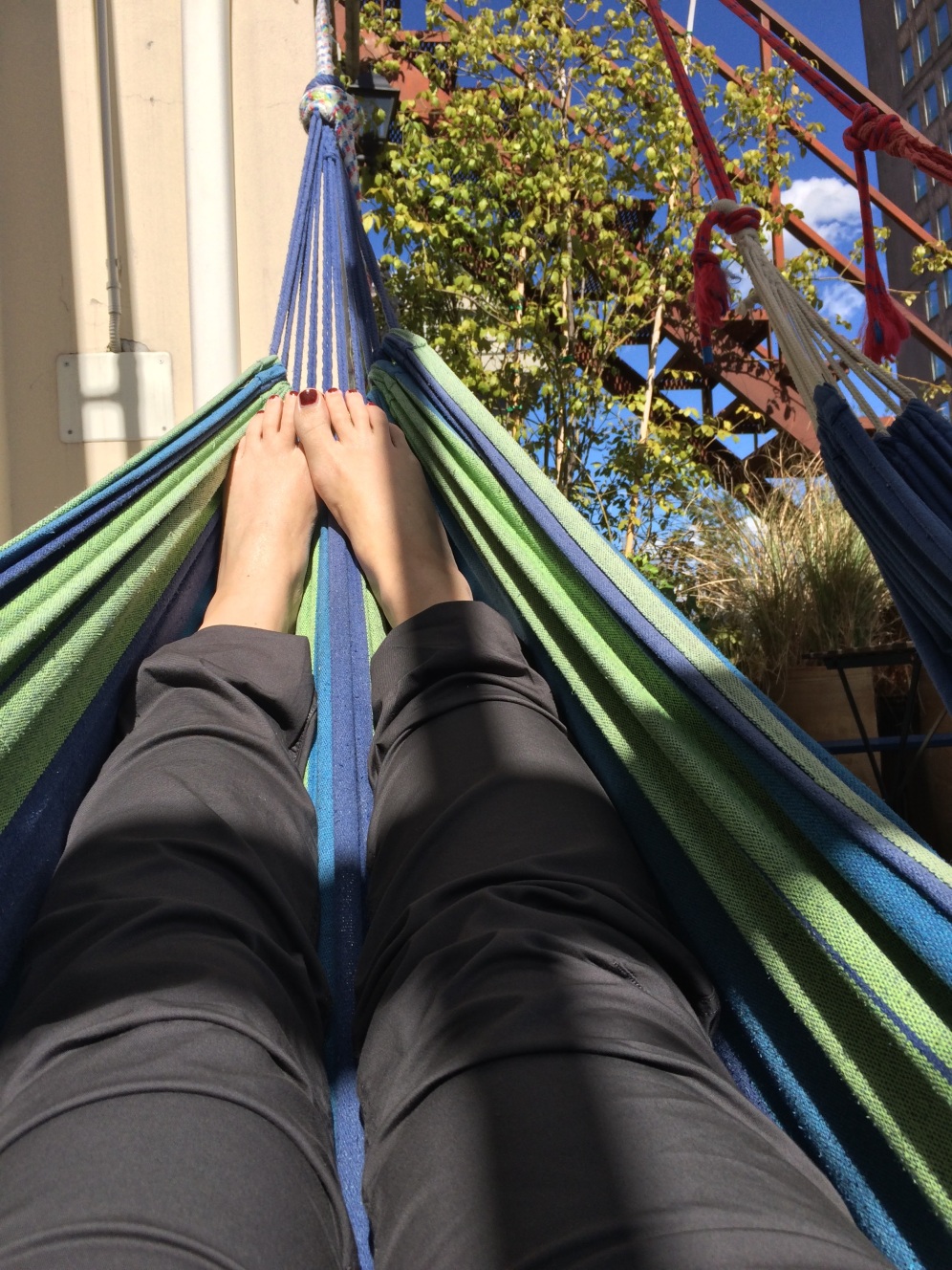 Securing a bed each night along the medieval Via Francigena pilgrim trail from Canterbury to the Vatican is an ordeal and a blessing. For a faithless pilgrim such as myself, leaving my bed to fate or luck or chance or serendipity or street smarts or the kindness of strangers is an uncharacteristic show of faith.

Fellow pilgrims say, “Trust in the Cammino.” The trail, the walk. “The Cammino will provide.” But sometimes it seems unlikely. I never know where the next night will bring me, and often the beds are too long, too short, too soft, too hard, too hot or too cold. But they are safe refuges, and for that I’m immensely grateful. 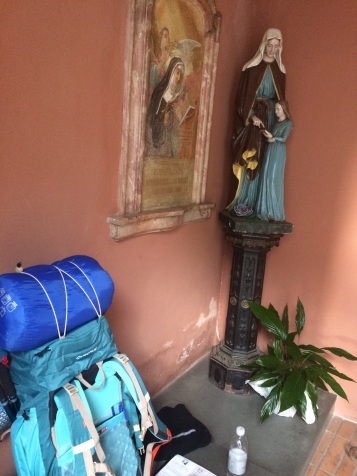 I’ve rested my head in all kinds of places, from the simplest (my knees, my backpack, the grass) to a church floor when I had nowhere to go, a hammock on a rooftop above Milan, countless bunk beds in 12th century monasteries, convents and hostels, a few airbnb’s, and many trains and buses.

The deacon who gave me my pilgrim’s blessing at Canterbury Cathedral gave me advice that made me giggle. She said that if a village fails to offer a pilgrim a bed for the evening, the pilgrim has the right to ask for the town mayor (who will then make sure a bed is provided). Apparently it’s an awful breach of etiquette to allow a pilgrim pass through one’s village without a good night’s sleep. My family and I giggle about this: Ooh, you might have to call the mayor!

Some villages make a point of physically removing your pack for you as a gesture of relieving your burden.

I’m so grateful for the serendipity, and the many hearts and hands, that have delivered me safely from bed to bed despite all of the miles, uncertainty, worry, pain, exhaustion, cursing, and scrambling in between.

A couple of years ago I wrote a poem called The Blessing of the Beds, which was an homage to a maid who sang beautiful Gaelic songs as she cleaned the dorms in Somerville College, Oxford, where I convalesced (and raged and screamed) from my divorce. I was so thankful then for a benign bed, and for her soothing song.

Little did I know my life would lead me to this pilgrimage, to this “song line” leading me through the European landscape from bed to bed and song to song.

Here’s a snippet of that poem:

Her melody soothed the beds’ injuries,
ministering to box springs with screams
in their throats. Her voice rang clear,
then mute, caught beneath parachutes
of bleached cotton settling over beds,
tucked tight and smoothed with a caress.
I wished she would wrap me in those
starched sheets, so I couldn’t flail or kick,
shake or think. I’d be a papoose strapped
to her back while she cleaned.
I’d be small and broken, easily folded
close to her song. I’d nurse her lyrics
like a chick sups from the beak.

She made words safe again, palatable
and soft, after weeks of screaming.
I’d nurse her lips then slip back to the curve
of her spine that held up the world
of the dorm and all the restless
souls who hid there. She sang people
to sleep, people who hadn’t arrived yet,
people who forgot their souls in single cots.
Lost causes, homesick students, divorcees
like me. She blessed the beds with song,
the way 19th century maids strewed herbs on
straw mattresses to fight rats, lice, and
nightmares. Eucalyptus, lavender –
housekeeping carts like apothecaries
or farmers’ market stalls.

Every day my pilgrimage leads me to a pillow. It’s hard not to have faith in some kind of goodness.