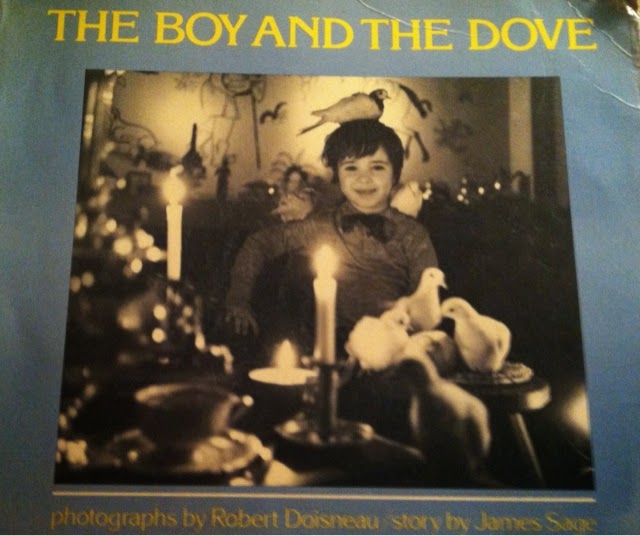 Before Sean and I moved into our home in Oxford together with my daughter, we rented a little attic apartment in a nonexistent village in the middle of nowhere, a village where the local farm has ‘honesty’ stands overflowing with flowers and vegetables. Our nest was situated at the corner of Church St. and Prior’s Lane.

We could only stay there on weekends, since I still lived in Summertown and he still lived in Manchester. He’d drive 4 hours every Saturday, pick me up in Oxford, then whiz me away to our little “nest” as we called it. Every Sunday at 2 am he’d drive me home, then arrive in Manchester just in time for work Monday morning. He did this every weekend.

Unfortunately, the first weekend we had our nest–our big celebratory moving in weekend–I had already made plans to go on a mini-break with a girlfriend to Brighton, so Sean was all alone in the nest. But I left him a surprise gift: “The Boy and the Dove” book and a tape recorder. I’d recorded myself reading a personalized version of the story on tape for him to listen to so it would seem at least a little bit like I was there with him. 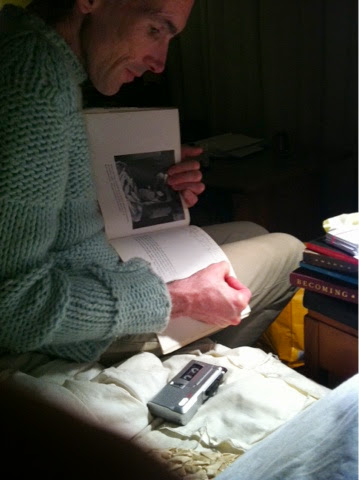 In my recorded version of the story, Sean is the boy and I am the dove. Sean slept with the tape recorder on the pillow next to him and played my version of the story over and over while looking at the pictures. He was afraid he’d snap the cassette tape by rewinding it too many times, afraid of snapping my voice in two. So he transcribed my story over the original and refused to play the cassette again.
An unexpected collaboration– ink, voice, paper, light–his handwriting over my voice over the original story text over Doisneau’s photos. Here are a few pages from “our” story: 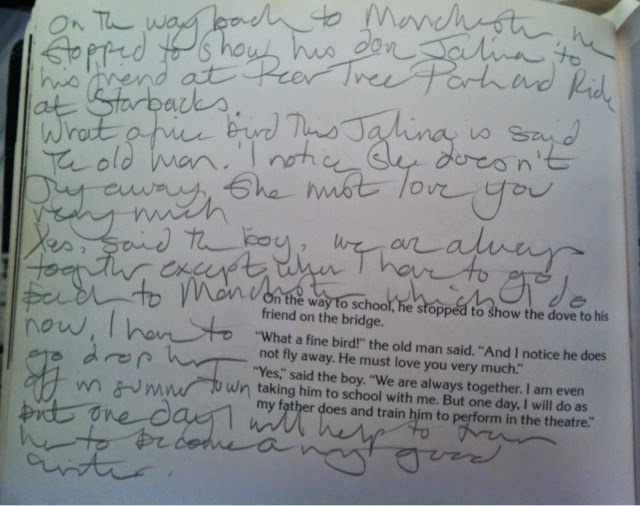 “On his way back to Manchester the boy stopped to show his dove Jalina to his friend at Pear Tree
Park and Ride at Starbucks. ‘What a fine bird this Jalina is,’ said the old man. ‘I notice she doesn’t fly away. She must love you very much.’ ‘Yes,’ said the boy, ‘We are always together, except when I have to go back to Manchester which I do now. I have to go drop her off in Summertown but one day I will help train her to be a very good writer.'” “All summer long, the boy and Jalina played together. They created a book out of old love letters and made wonderful photographs.” 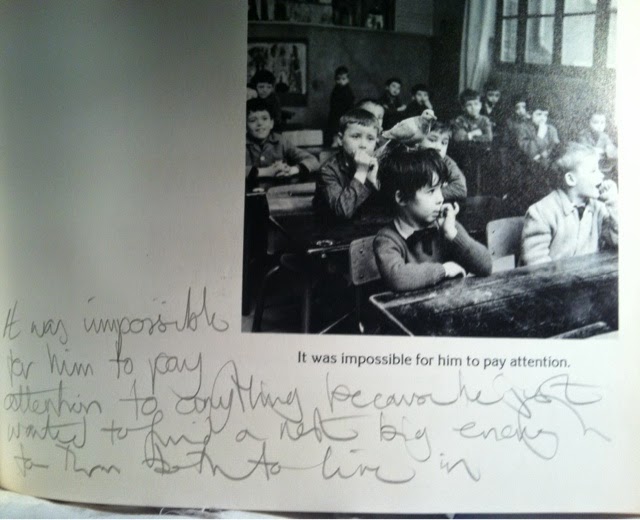 “It was impossible for him to pay attention to anything because he just wanted to find a nest big enough for them both to live in. At least on weekends.” 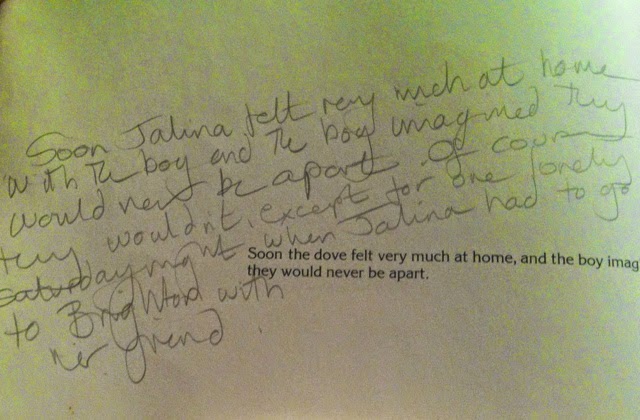 “Soon Jalina felt very much at home with the boy and the boy imagined they would never be apart. Of course they wouldn’t, except for one lonely Saturday night when Jalina had to go to Brighton with her friend.” 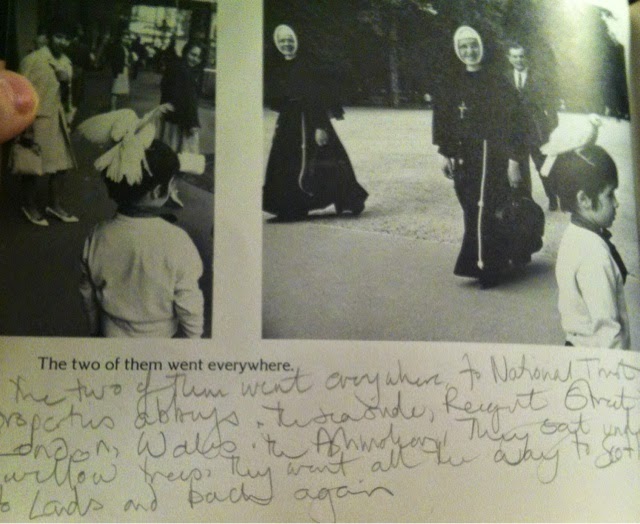 “The two of them went everywhere together; to National Trust properties, abbeys, the seaside, Regent Street in London, Wales, the Ashmolean, they sat under willow trees. They went all the way from Scotland to Lands’ End and back again.”
Now we have a home all our own with skylights so I can fly in and out, and my voice is on the pillow next to him every night so he can rewind it just by saying, ‘hmm?’ and it will never break and the story just goes on and on.