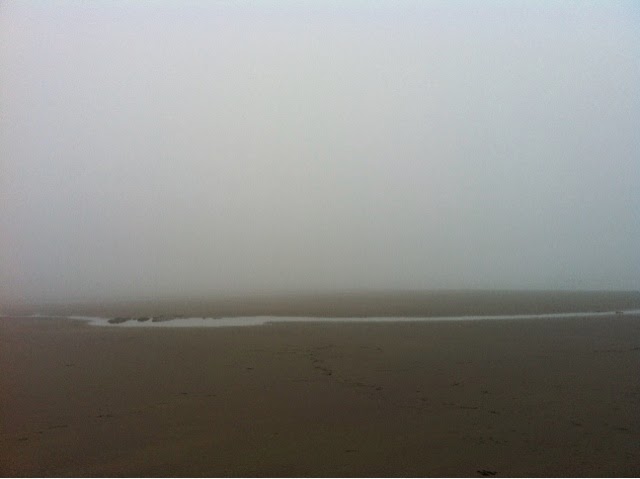 Bram Stoker’s quote comes to mind at a writer’s retreat in Dracula country. I could be nude beneath the fog’s fleece; I’m invisible as god, who wraps his modest shawl around Scarborough. The Yorkshire coast is blind. The ships are blind; they can’t see their own masts. Soon their bones might wash up in a spray of spume.
The grindstone tide rumbles beneath a fog horn’s lament. The sea will eventually pulverize the coastline; the mountain and castle behind me. I know they’re behind me, though I can’t see them through the white weather.
I can’t see the end of my leash, and my dog can’t see me. All we know is that we’re tethered, and there’s a sense of security in that.
Each step along the cliff-side trail to the castle is a trust fall. My foot taps the ground like a walking stick, making sure. I move through wall after wall of opacity; sheets on the line of my vision. Nettle and blackberry bushes teeth the sail of my skirt on gorse-corseted footpaths; I rip my hem step by step as gulls shear the fog, seeing with screams. It’s terrifically exciting, being a lone invisible girl walking an invisible beast along the edge of siren song.
The fog horn repeats its mournful chorus as gulls shred the sky. I don’t know as I wander against the wind that this will be the last day of my marriage.
I text a friend, saying that I might just fall off the castle cliff; the muscular leash tugging me toward the roar at every turn. “Gather handfuls of fog in your pockets,” he replies, “just in case you fall to the ocean below and need clouds to buoy you.” Pockets of fluff, of blindness.
I would give anything for a pocketful, knowing what I know now. The siren song, the cliff.  The captain, my captain, of our ship. 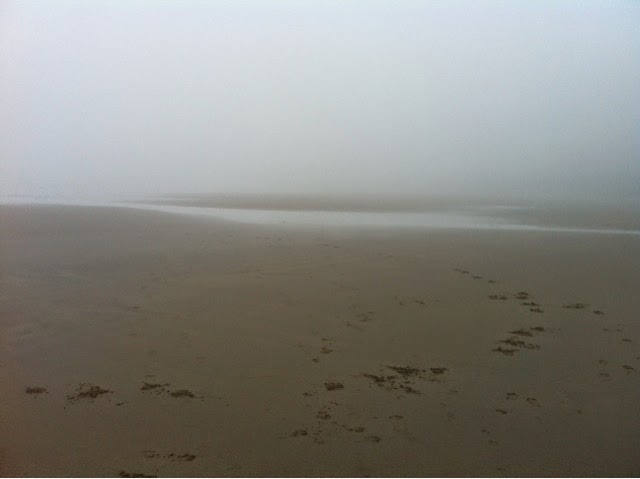 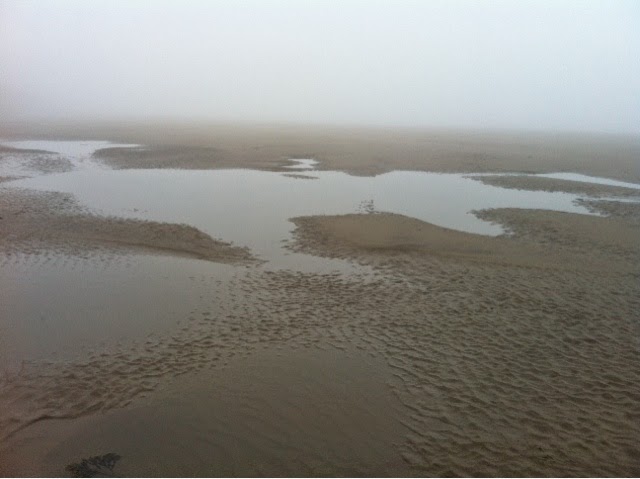 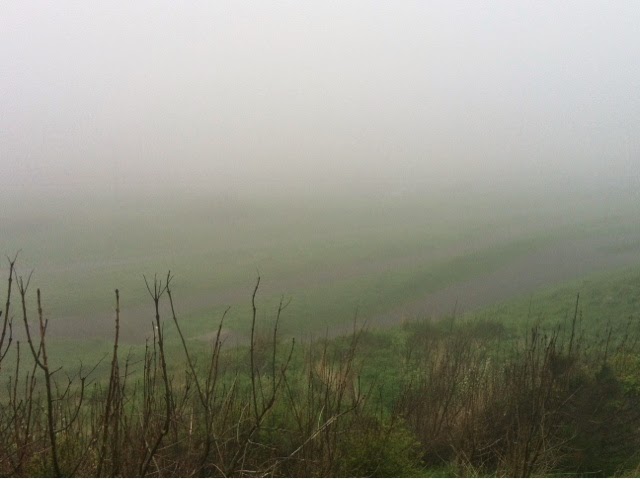